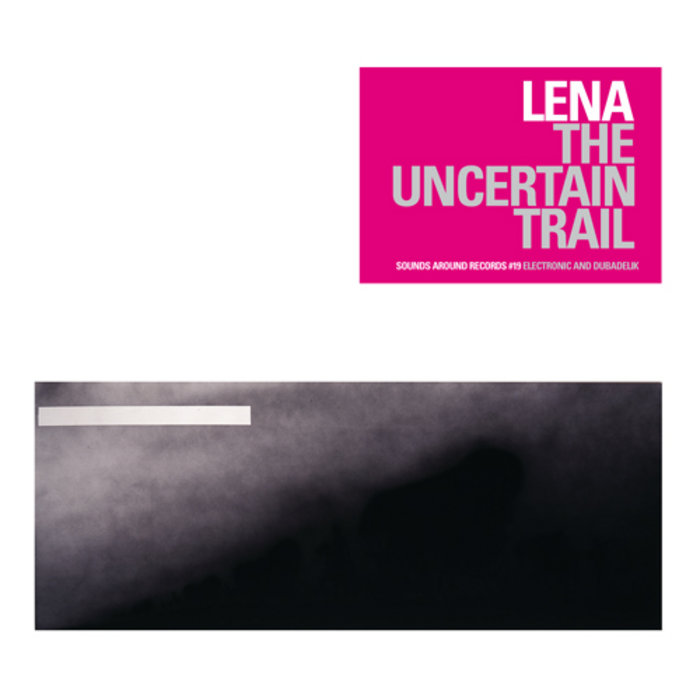 Mathias Delplanque was born in 1973, in Ouagadougou (Burkina Faso). He performs as Lena, Bidlo or Stensil, but also under his real name. His music is released on many labels: Quatermass, Soundsaround, Harmsonic, Mondes Elliptiques, Low Impedance Recordings, Arbouse Recordings, Optical Sound, Insubordinations…

“The Uncertain Trail” is the third album by Mathias Delplanque under the name of Lena. It comes after “Lane” (2002) and “Floating Roots” (2004), two albums released on Quatermass, with which he earned an international reputation as an alchemist of transgenic dub – he was then described as the “best digidub producer out of the ~scape family” (Brainwashed) or as “the most interesting representative of the French dub stage” (Musiques et culture digitales).
This third album arose from a proposition by Thierry Arnold, head of the label Soudsaround. It gathers a set of unreleased tracks, composed between 2004 and 2006, when Mathias Delplanque went on many different trips abroad and worked in residence, navigating from one extreme to the other (Montréal/Bombay, for instance, but also New York/San Francisco…), with regular stays in Nantes, where he now lives. Mathias Delplanque always came back from these cities, where he actually lived or just transited, with sounds to inject in one of his compositions, thus creating a sort of improbable route between these fantastical cities.
Lena—the name is inspired from a character in Faulkner’s Light In August – has always linked music and roaming. “The Uncertain Trail” is a new wandering, notably more urban (or even sub-urban) than the preceding ones. It takes place along highways, close to ring roads, train stations, transit zones… In this album, Lena experiment many new aspects and ventures on new trails: dark and lame hip-hop, raw dub, crepuscular ambient… Lena invited a few peers: Ghislain Poirier, Hopen or regular Black Sifichi. Darker and more hypnotic than the previous ones, this album follows an uncertain trail, haunted by the ghost of an electronic Tom Waits or a dancing Spectre.
The name of the album comes from a painting by the famous American painter Ed Ruscha, which we are proud to be allowed to reproduce on the cover.

"A universal urban coolness: The diary and travel log of a man who has made the highway his home" (Tokafi.com)

Originally released on CD on french label Sounds Around
www.soundsaround.net

Saint-Urbain co-produced with Ghislain Poirier.
Vocals on Periphery (Take Me There Mix) and Typewriter Ribbon (Liquid Paper Mix) by Black Sifichi.
Additional sounds on Deja Vu by Hopen.
Vocals on Nizamuddin Station by Arman Dehlvi.
Entomodub 1 Remix is a remix of one track from Lena’s first album Lane (Quatermass Recordings 2002).
Saint-Urbain was initially released on « Eté : résultat » (Chat Blanc Records 2005).
Ephémères and A Troll’s Trail were respectively produced in the shape of the « Bruxtroll » and « Heltroll » projects, both conceived by the AWP Agency.
Nizamuddin Station uses sounds from a work performed by David Sanson and Mathias Delplanque (Musée Juste Pour Rire, Montréal 2004).